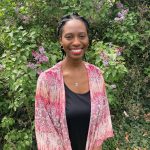 How long have you been writing?: I have written my entire life. I wrote my first “book” at the age of nine. I wrote short stories, poems, and articles throughout high school and college. I have a BA in English Literature and a BSW in Social Work. I began freelance writing in 2008. I took a break from freelance writing in 2010 to return to school. I started freelance writing again in 2019. I self-published my first book in 2020, and it’s received multiple book awards. I just became a full-time Trending News Writer at Delishably for the Arena Group. However, I continue to freelance on the side. I’m working on a series of nonfiction Children’s books for a publishing company.

Why did you become a writer?: I became a writer because I have to write. It comes naturally to me, and it makes me happy.

What verticals do you write about?: I have written about various topics ranging from education, how-to, mental health, travel, pregnancy, film reviews, and more.

What is a favorite article you have written in your career?: It was a film review for My Best Friend’s Wedding. It gave me my first byline when I was a high school sophomore.

What is a hobby or something fun about you?: I’ve been studying astrology and tarot since I was a child. I’m also a film buff. When I’m not working I enjoy trying new restaurants and traveling.

How to Leverage a Subject Matter Expert for Your Tech Blog

Why Marketing Teams Should Outsource to Brand Journalists