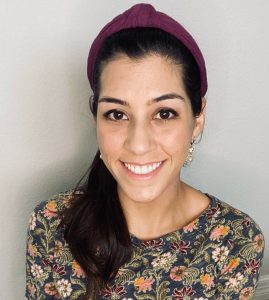 How long have you been writing?: Looking back, my writing career began in the fourth grade. I’ve always been a born storyteller, but it was at the age of eight or nine when I began writing out my creative ideas, transforming them into short chapter books that I then circulated amongst my classmates.

Why did you become a writer?: I’m an incredibly curious person. My interest in learning about new things is so overwhelming sometimes that it starts to feel more like an obsession. I discovered the power of reading at a young age, and I think that as a result, writing has always come naturally to me. It’s my favorite method for communicating ideas.

What verticals do you write about?: I write about so many verticals that it’s actually easier for me to list out what doesn’t interest me. I don’t usually go for topics relating to sports or gaming. But I’m always game to learn about science, medicine, technology, sustainability, architecture, you name it.

What is a favorite article you have written in your career?: Several years ago, I published an article on American politics and history in a Norwegian newspaper. Roughly a week later, an email was forwarded to me by the newspaper; it was from a reader asking me to further elaborate on something that came across to her as unclear. As I explained above, writing is my favorite form of communication. Writing a response to this reader offered me the opportunity to elaborate on something I couldn’t elaborate on in the original article. When I answered this reader’s question, she wrote back to let me know how pleased she was with my response. She also suggested that I publish the response, so the Norwegian newspaper published my response alongside my previous piece as a follow-up article. I’m a little surprised to say that after everything I’ve written, my favorite article is actually a response email I wrote to a complete stranger, but that’s the truth.

What is a hobby or something fun about you?: I love arts and crafts and DIY, and I make the best guacamole in all of Texas.

Schedule a 30-minute demo below to discover what PowerPublish can do for you.