Freelancing — and especially freelance writing — is nothing new. At this point, everyone and their mother know the stats that “so many tens of millions of people are freelancing” and “freelancing is the future.”

But the truth is, the gig economy isn’t one predictable, formulaic string of uphill growth. Fluctuations, changes, and evolutions are constantly taking place — especially in the wake of a world-changing pandemic.

Here are a few of the biggest trends stirring professional writers this year.

Freelancers are a dime a dozen. But skilled freelancers? Well, they can be a bit of a rare species.

Part of this is due to the massive number of layman writers who are looking to make a few bucks in the evenings and on the weekends. These freelancers tend to come and go, treating the contractor lifestyle as a “take it or leave it” option.

However, serious professional writers who approach the career as a full-time gig have been overhauling their skill sets to stay ahead of the competition. Many freelance writers have honed in-demand job skills that complement their inherent composition abilities.

This could take the form of topic ideation or editing. It can also venture off the beaten path, such as developing completely new skills in interrelated fields, like graphic design or podcast production. Either way, a freelance writer with a multi-faceted skill set communicates experience, ambition, and the ability to independently create content that is genuinely high quality.

2. Narrowing in on Niches

For those who are more serious about their freelancing efforts, though, there has been a steady trend toward finding a niche of focus. Popular niches include:

These are just a few hot topics. Plenty of others span the gamut, from education to bird watching. The trend here is that writers aren’t just writing about anything anymore. If they want to increase their experience, land better jobs and boost their bottom line, they need to become subject experts in the fields that they write within.

One trend taking place on a macro scale is the overall reduction in competition within the freelancer framework. There is a general trend toward fewer candidates and less jockeying for positions whenever an employer posts a job.

This isn’t due to a lack of interest in freelancing, nor is the future of the gig economy in peril.

Instead, it likely reflects a natural correction from the early days of the pandemic. When everyone started to shelter in place, many people turned to the gig economy to keep their cash flow positive. This led to a flood of new, inexperienced candidates that made it difficult for existing gig economy workers to cut through the white noise.

In addition, many companies simultaneously slashed marketing budgets. This reduced the number of gigs available.

Now that the pandemic is winding down and regulations have eased, many workers are returning to their regular nine to five jobs. Budgeting pressure has also eased up again. This has taken some strain off of the gig economy, allowing more serious contractors to find work without the need to engage in cutthroat battles or approach each job application with a “needle in a haystack” mentality.

Another area where freelancers are advancing their skill sets is in communication. Specifically, many freelancers are learning to speak “new” languages that help them connect with their clients.

Sometimes this is literally learning a foreign dialect; there are many gigs that require bi-lingual capabilities. At other times, the new terminology centers around a particular topic, such as cryptocurrency, fintech, coding, or healthcare.

As companies turn more and more to SMEs (subject matter experts), freelancers need to do their own part in keeping up with the times. That doesn’t mean they actually have to learn how to code or get a medical degree. However, familiarizing oneself with the words native to the fields where they write goes a long way in helping a candidate stand out these days.

Finally, as digital advances continue at break-neck speed, professional writers are adapting accordingly. Many continue to develop their digital skills by taking online courses and receiving certifications from companies like HubSpot and LinkedIn.

By honing their digital edge, freelancers send the message that they can work as remote members of in-house teams. They have the skills and capabilities to function in that capacity without holding back productivity.

In addition, improving digital skills opens up the doors to improving a writer’s assets. They can learn to create different forms of content rather than focusing on a single vertical, like blog writing or newsletters.

Freelance writing in the 21st century is no longer in its infancy. These 2022 trends and technology are pushing professional activity into new stages of growth.

From focusing on niches and speaking the language of SMEs to improving skill sets and thriving with less overall competition, freelance writing continues to evolve into a more elite, poignant, and accessible way for companies to create content worth its metaphorical weight in digital gold. 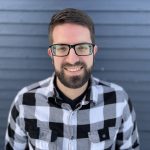 BIO: Jaron Pak is a writer and researcher with 15 years of experience. He’s SEO trained and has spent time working on educational curricula, writing for tech and personal finance blogs, providing PR for health and wellness brands, and much more. He is also a serial entrepreneur with a BS in entrepreneurship. In addition, he’s a member of the press, a podcaster, and an entertainment writer who consistently vents his passion for J.R.R Tolkien’s Middle-earth by developing various forms of high-quality, nerdy content for a large audience of followers.